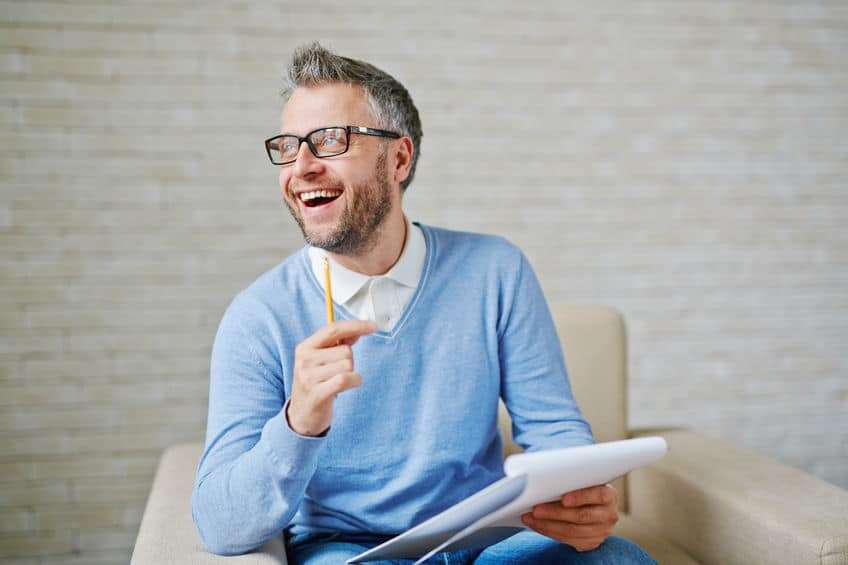 Both social psychology and medical psychology entail the study of the mind and human behavior. In recent times, there have been proactive measures dedicated to the understanding of mental health and psychological disorders.

However, it takes the right conditioning for anyone to understand the dynamics and be able to get a psychological joke. We have compiled a list of hilarious psychology jokes and puns to ensure that your understanding of psychology does not shrink at all.

Funny jokes in general help us to open up conversations. Hence, psychiatric jokes and puns allow you to share your feelings and get the needed help. These socially relatable psychology one-liners and jokes will make you self-introspect and improve your self-awareness.

Interested in reading more one-liners related to learning? Do check out our best tech jokes, and also funny chef jokes and puns.

Explore the following list of best psychology jokes and puns to broaden your understanding of psychological matters and of course get a giggle!

1. Child walks past the parent’s bedroom,

looks inside and mumbles: And you want to send me to a psychologist for thumb sucking.

2. What’s the difference between a psychologist and a magician?

A magician pulls rabbits out of hats, whereas a psychologist pulls habits out of rats.

3. How many psychotherapists does it take to change a lightbulb?

“Anyone who can pay my fees is certainly not a failure.”

5. A therapist suggests that a man needs to work on his constant need to please others.
What was his reply?

“Sure, if it makes you happy.”

6. What’s the difference between a loan and a psychologist?

7. If someone asks you whether you’ve got any psychology jokes up your sleeve, answer with?

8. Johnny paid his way through college by watering in a restaurant.

9. Why is psychotherapy a lot quicker for men than for women?

Because when it comes to going back to childhood, men are already there.

10. Why is there no point in going to a child psychologist?

11. I want to buy a guide that covers all the aspects of phobias.

That includes even those that I am too afraid to know about.

“Tell him I can’t see him right now.”

13. My therapist informed me that I was delusional.

I took so much offense that I almost fell off my unicorn.

14. Why was Waldo going to start psychotherapy?

He wanted to find himself.

It wanted to learn how to express itself.

16. A man engraving a psychotherapist’s tombstone broke down the word into three parts, with ‘the’ in the middle.

Safe to say he was fired afterward.

17. Why was the psychology major such a good musician?

He was classically conditioned.

18. I didn’t know how to cheer my puppy up after he lost his tail.

19. I joined a new therapy group for loneliness.

20. How many psychologists do you need to change your lamp light?

Just one. But the lamp should want to see the change in itself.

She’s got her dogtorate and everything.

22. I started going to the Hokey-Pokey clinic.

I’m really trying to turn myself around.

23. Why was the polar bear worried after he visited the psychiatrist?

He was diagnosed as bipolar.

24. When I was younger, my parents sent me to a child psychologist.

I don’t get why – that kid taught me nothing.

25. A child walks past the parents’ bedroom, looks inside, and mumbles:

And they want to send me to a psychologist for sucking my thumb.

26. My therapist has worked it out,

I’m too aFreud to love.

27. Why can’t you hear psychologists urinate?

28. Why was the calendar depressed?

Because its days were numbered.

29. I asked my therapist to validate my parking.

She told me I did a great job.

30. What does a parking ticket complain to his therapist about?

It’s always waiting for someone to validate it.

31. The difference between ignorance and apathy?

32. I have an anxiety disorder,

It means I panic when I do something out of order.

It doesn’t feel as bad as stealing it.

34. Why didn’t the psychologist meet the client who thought he was invisible?

She didn’t have the time to see him.

That scares me, I always knew I was real.

36. My therapist refused to help me with my fear of backing up my car.

She said she would under no circumstances perform reverse psychology.

37. Why did the dogs suddenly start salivating?

They heard the name ‘Ivan Pavlov’ and it rang a bell.

38. What’s the human psychology behind all this toilet paper hoarding?

That’s just how we roll.

39. Why was the moralist not allowed inside the bar?

He didn’t have a valid Id.

40. My daughter asked me if she should go for computer science or psychology.

I told her that whatever she chooses, it’s going to be a major difference.

41. What did the behaviorist ask the other behaviorist when he bumped into him on the street?

How am I performing today?

42. I attended a psychology lecture by a famous professor today.

43. What did the retired hippocampus tell all of his clients?

Thank you for all the memories.

44. What did the employee say when his boss asked him if he should hire him as a reverse psychologist?

I don’t think you should.

45. What do you call an overweight monk reading psychology?

46. Have you heard of the new psychological therapy for trendy kids?

47. Why did the fashionista not do a master’s in psychology?

48. Why was the duck kicked out of his psychology lecture?

He kept calling the professor a quack.

49. Why is there no point in going to a child psychologist?

50. I have degrees in Politics, Economics and Psychology.

I don’t have a job but at least I know why.

51. Why did the 13-year-old’s parents forbid her from going to an analytical psychology convention?

They thought that she was too Jung.

52. My wife and I split up because of psychological reasons.

She was psycho and I was logical.

53. Why did the homeless psychology student reject her fiance’s marriage proposal?

She was still stuck on the second level of Maslow’s hierarchy.

54. My doctor tried treating me with ygolohcysp.

But reverse psychology doesn’t work on me.

55. Why was the Rorschach inkblot so insecure?

He couldn’t understand what his wife saw in him.

56. I’m planning on going to the reverse psychologist’s convention.

You shouldn’t go. You’d hate it.

57. My psychology professor asked me what super power I would like to have.

Apparently “Cold War Era Russia” is not an acceptable answer.

58. What was the mercurial cow diagnosed with?

59. Two behavioral psychologists were lying in bed after sex?

One says the other, “So it was good for you, was it good for me?”

60. What was Waldo going to start psychotherapy?

He wanted to find himself.

61. What do Psychologists say to each other when they meet?

62. What does a psychologist wear to work?

63. How did the husband try reverse psychology on his wife who thought she was always right?

64. What did the ghost tell the psychologist at his first therapy session?

I used to know who I was, now I just feel like I’m drifting through life.

65. What did the psychologist tell the actor that impulsively performed his roles?

I think you’re acting out.

66. A psychologist friend of mine just got a grant to work out how mice communicate,

Not much money in it though. He can barely eke out a living.

67. What did the hypnotherapist say to the client that always whined about his age?

68. What do you call a group of communist psychologists passed out drunk?

69. What did the psychologist say to the patient who thought he was a church bell?

If the feeling continues, ring me.

70. Why did the clairvoyant visit the psychologist?

He was suffering from pre-traumatic stress disorder.

71. How many people with narcissism does it take to change to change a tire?

You only need one. He’ll hold the tire and the world will revolve around him.

72. I told my psychologist I’m having suicidal thoughts.

73. I told my psychologist that I’m a masochist.

He said I shouldn’t beat myself up over it.

He’ll do it tomorrow.

75. Why did the psychologist leave the math teacher?

He has way too many problems that need solving.

76. What did the psychology major study in wizarding college?

Defense against his dark concepts.

77. I just got back from my first session at the Bird Psychologist,

He comes highly recommended, but the tweetment won’t be cheep.

78. Why do horse psychology majors always end up performing better than the other animals?

Their studying environment is a little more stable than the others’.

79. What do a cancer surgeon and a psychologist have in common?

80. Why was the psychology major such a good musician?

He was classically conditioned.

82. Why did the psychology major have a cast on his arm?

He had suffered a Freudian slip.

83. A guy goes into a psychologist and says, “Hey Doc, I think I’m schizophrenic.”

The doctor says, “What a coincidence that makes four of us!”

84. What did the psychology major say when his professor told him that he wasn’t acting like his ideal self?

85. Psychologists have discovered a new way to see into the minds of those with ADHD?

86. I went to the psychologist to treat my big ego,

I think it worked, I’m feeling much better than all of you today

87. My psychologist says I have an obsession with vengeance,

We’ll see about that

88. What did the psychology major say when he couldn’t lose weight even after behavior modification?

I don’t think I can get any Skinner.

89. What Christmas song do psychologists sing the most?

Do you hear what I hear?

90. Why did the psychology student ask the speaker if he had Broca’s aphasia?

His lecture left him speechless.

91. I started to see a reverse psychologist.

She told me to kill myself.

92. What is the psychology major’s favorite Bob Dylan song?

93. Why did the psychology major struggle so much during his memory exam?

He couldn’t remember anything because he blanked out.

94. What did the woman with dissociative identity disorder tell her psychologist?

“Let me be Frank with you.”

95. Why did the psychology major work in a theatre as a side job?

96. What does the psychologist say when a psychology major doesn’t pass his college course?

He says, well you should have read the cues.

97. When I was younger my parents sent me to a child psychologist,

That kid didn’t help at all.

98. I knew I was destined to be a psychologist not a magician,

When I pulled a habit out of a rat.

99. What does a psychologist do when they’ve lost their sanity?

They talk to themself.

100. What’s the difference between psychologists and proctologists?

101. Why was the Mathematician told to see a Psychologist?

Because he kept obsessing over his x.

102. My flat-earther friend was diagnosed by a psychologist,

He suffers from very sphere delusions.

103. My psychologist diagnosed me with ADD,

At least I think that’s what she was saying.

104. Did you hear about the psychologist whose career was ruined by a medical condition?

She had a nut allergy

105. I told my psychologist I thought I was turning into snooker ball,

She sent me to the end of the queue