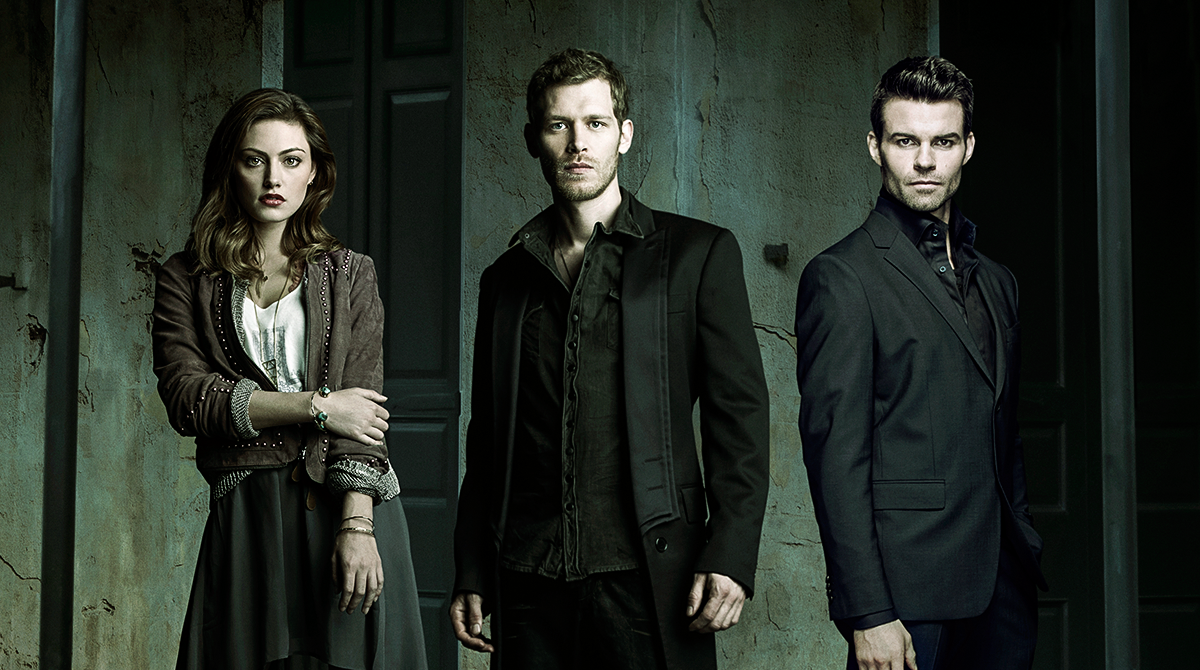 “The originals” became the biggest hit after the ending of “The vampire diaries.” The vampires in “The Originals” were born in New Orleans, the state of Louisiana, and forced by their mother’s curse to protect the family from the dark evil that rises every night. The bond tests the relationships of Mikaelson’s clan as dark objects are tossed around like coins.

The show is flocked with multiple minor characters that are easy to forget over time. The plot incorporates vampires, werewolves, witches, and different types of creatures, who all have their parts to play. The fantasy show’s dynamic development of the plot never gets old- it only keeps fans returning for more.

However, among all characters, Klaus, a villain character, is an outstanding hybrid vampire. With an indomitable mindset, Klaus believes his actions are unquestionable! For many decades, Klaus fought for peace and to break his mother’s curse, thereby protecting the entire Mikaelson family.

These questions will help you gauge if, indeed, you are a true Originals fan and how much you have been paying attention.

2. What brought the Mikaelson’s back to the French Quarter of New Orleans?

Klaus caught wind of plot brewing against him.

3. “I Took Care Of A Threat. That’s What Leaders Do.” Who said these words?

4. How did Klaus first discover that he was a vampire and a werewolf?

He activated the werewolf curse after his first kill.

5. “This Is The Last Note In A Song That I Started A Century Ago When I Brought Your Dad To Town.” Who said these words?

6. How many Mikaelson siblings are there? (Dead or alive.)

7. “The Oldest Society Of Vampires This World Has Ever Known. We Are Called The Strix.” Who said this?

8. What were the names of the Harvest Girls?

9. “My Dearest Aurora, Compulsion Is Not My Only Party Trick.”

10. What spell did Dahlia perform in exchange for Esther’s firstborn?

A fertility spell so Esther could have more children.

12. Who was the founder of the Strix, the oldest vampire society in the world?

14. Why did Rebekah want Elijah to dagger in Season 3 Episode 9?

She was tired of running. The curse enacted by the dagger had returned. To embrace the prophecy of a Mikaelson falling by the hands of family.

15. “My Plan For Global Domination, Or Rebekah’s Plan To Find Love In A Cruel, Cruel World.” Who said this?

16. What were Hayley’s parting words to her deceased husband Jackson?

Till death do us part.

17. “These Paintings Can Move! They Depict A Rodent Breaking The Bones Of A Rather Tenacious Feline.” Who said these words?

18. What were the consequences of Davina’s actions against Van’s mother Kara?

She was banished from the witch community. Her title as Regent was revoked. Her link to the ancestors & witches of New Orleans was severed.

19. “You’re Scared Because The People You Love Are Angry With You.” Who said this?

20. Why did Klaus’ blood not help in healing Finn from his wound from Lucien?

Venom of all seven packs was added to the hybrid spell.

21. “I’m Gonna Take Back The Regency. But You Ain’t Gonna Like What I’m Gonna Do With It.” Who said this?

22. Which dark object was not used against Klaus?

The Rosary of Madness

23. “After I Kill You I Will Remain In New Orleans Until Every Last Person Who Remembers You Is Dead.” Who said this?

24. Which of these places does NOT appear on the show?

27. “This Isn’t Gonna Heal For Weeks! I Haven’t Had A Scar In A Thousand Years!” Who said this?

28. How many times has Klaus killed Mikael?

29. “We Can’t Just Pick Another Body At A Farmer’s Market, We Don’t Even Have A Spell For That!” Who said this?

30. Who was the Wooden Knight originally intended for?

31. Who is the original hybrid?

Klaus and Hyley’s Daughter and Tribrid

34. What is the name of the long original sister?

The king of New Orleans

36. Who played Klaus Mikelson on the originals?

37. How many siblings are there in the original family?

38. Who is the youngest female original?

39. Who is referred to as the Noble Stag?

40. Who is the traitor in originals?

41. Who was the witch casket girl?

42. Who is Mikaelson witch?

44. Who is the original witch?

45. Who was the youngest Mikael sibling?

46. Who is the hybrid werewolf queen?

48. Who is the original vampire hunter?

49. Who is the human therapist in the show?

51. Who is the alpha of the crescents in Originals?

53. Name a character from The Vampire Diaries that guest starred on The Originals?

54. What is the Mikaelson family saying?

55. What weapon can kill an original?

57. Who is the Sister of the leader of the Strix?

58. What is the bond between an original and the vampires they turn?

60. What time period were the originals born?

61. Who was Vampire, violinist?

63. What curse was placed on Sean and Kieran O’Connell?

64. How many years was Klaus daggered and kept prisoner by Marcel?

66. Who was the Founder of Kingmaker Land Development?

67. Who was the Werewolf doctor?

69. Whose blood was used to bound Klaus’ werewolf heritage?

70. How many years was Finn daggered for?

72. What does Hope wear to help her control her magic?

73. Who were the witch and kidnapper?

74. What is the shape of Hayley’s birthmark?

75. Whose body did Esther first jump into?

77. What type of magic do New Orleans witches practice?

79. What is the name of the bar Cami worked at?

80. Who was Josh’s werewolf boyfriend?

81. Which instrument did Gia play?

83. In which episode does Hope make her first appearance?

84. Who did Davina arrange to be killed soon after she became reagent?

85. From what age Hayley has been on her own?

86. When Klaus ordered the death of the witches to hide his murder from his father, Mikael, Elijah was in a relationship with?

87. Who unlinked Hayley and Sophie?

88. Who does Elijah kill first when he becomes a vampire?

89. Who was in a relationship with Celeste?

91. True or false: Klaus has a ‘bird of feather tattoo on the front of his right shoulder’?

94. What was one of Mikaelson’s Christmas traditions?

Write down their wishes for each other to burn for luck

95. Who attacked Elijah with a dagger and gave him to Marcel?

96. Who was the first vampire turned by Eijah?

97. What year did Klaus become a vampire?

98. Where did Klaus meet his first love, Aurora?

99. Who performed a spell for Klaus to become a vampire?

100. What was the name of the spell that Esther performed for Klaus to become a vampire?

101. What did the Mikaelson family swear to themselves?

102. In which episode did Antoinette Sienna make her first appearance?

104. Why did Esther turn her kids into vampires?

To protect them from death

105. Who was the first original to meet Davina?

107. How does Klaus first meet Marcel?

Klaus sees Marcel being treated poorly by his master.

108. Which actress plays the role of Rebekah Mikaelson?

109. Why does Cami’s brother Sean kill his fellow priest-in-training?

The witches curse him.

110. What is the name of the original witch?

111. How does Davina express her visions?

112. Who took Klaus’ daughter after she was born?

113. What’s the name of the witches’ sacrificial ritual?

Helping him write his book.

118. What was Kalus’ beloved Camille studying?

119. What is the prize for winning Fight Night?

120. After being cursed, Sean kills who?

121. Who is the first character to cross over from The Vampire Diaries?

122. Every time Davina gets a funny feeling, she sketches angrily at her.

123. How does Cami finally figure out the truth about Klaus?

124. The Garden is where vampires are sentenced to be buried. How is this done?

With only their heads out of the ground.

125. Which of these is originally a hybrid? Marcel, Rebekah, Elijah

126. Rebekah changes her mind and stays in New Orleans to:

129. Which of these vampires made a deal to be allowed immunity from The Originals in the episode Elijah first appeared?

130. Klaus does what to Rebekah and Elijah as a punishment?

Stabs them with a dagger

131. When does Elijah first appear in season 2 of the series?

132. Which witch was stabbed with the “needle of sorrow”?

133. What is the name of the founder of the vampire society Stix?

134. Which actors are also called the Noble Stag?

135. The witches wanted to kill who to complete The Harvest?

136. Elijah makes a deal with who to give Jane Anne’s body to the witches?

137. Which ranking is Elijah in terms of age amongst the originals?

138. Which of these is Sophie linked to? Your options; Klaus, Elijah, Marcel, Hayley

140. What is Hope Mikaelson referred to as at her school to hide her identity as a Mikaelson?

141. In which year were the originals forced to flee New Orleans?

142. How old is Elijah Mikaelson in the originals?

143. Which of these is known as the “heart” of the French Quarter of New Orleans?

144. Elijah is younger than which brother?

145. Which character won the “Favorite Actor in a New Series” award in 2014 People’s Choice Awards?

146. Elijah is older than which half-brother?

147. What happens related to Mikael in the last episode of season one?

He was killed by Klaus the first time in Mystic falls 151.

148. Which actors both fell in love with Tatia?

149. Esther used whose blood to turn her husband and children into vampires?

150. Mikael was resurrected by___ in New Orleans at the end of episode one?

151. Mikael hunts Klaus to kill him for which reason?

In revenge for killing Esther and Henrik’s death

152. What are the names of the six Mikaelsons?

154. Who’s the first character to appear in the pilot?

155. What’s the name of the Mikaelsons’ long-lost sibling?

157. Which one of the Originals has a different dad?

159. Who takes Hope right after her birth in order to protect her?

160. Who took care of Elijah when he was bitten by Klaus?

161. What does Klaus do to his siblings as a form of punishment?

162. When was Marcel turned into a vampire?

163. Who’s always trying to keep the family together?

They once called it home

166. What’s the name of the episode fully about Elijah in Season 5?