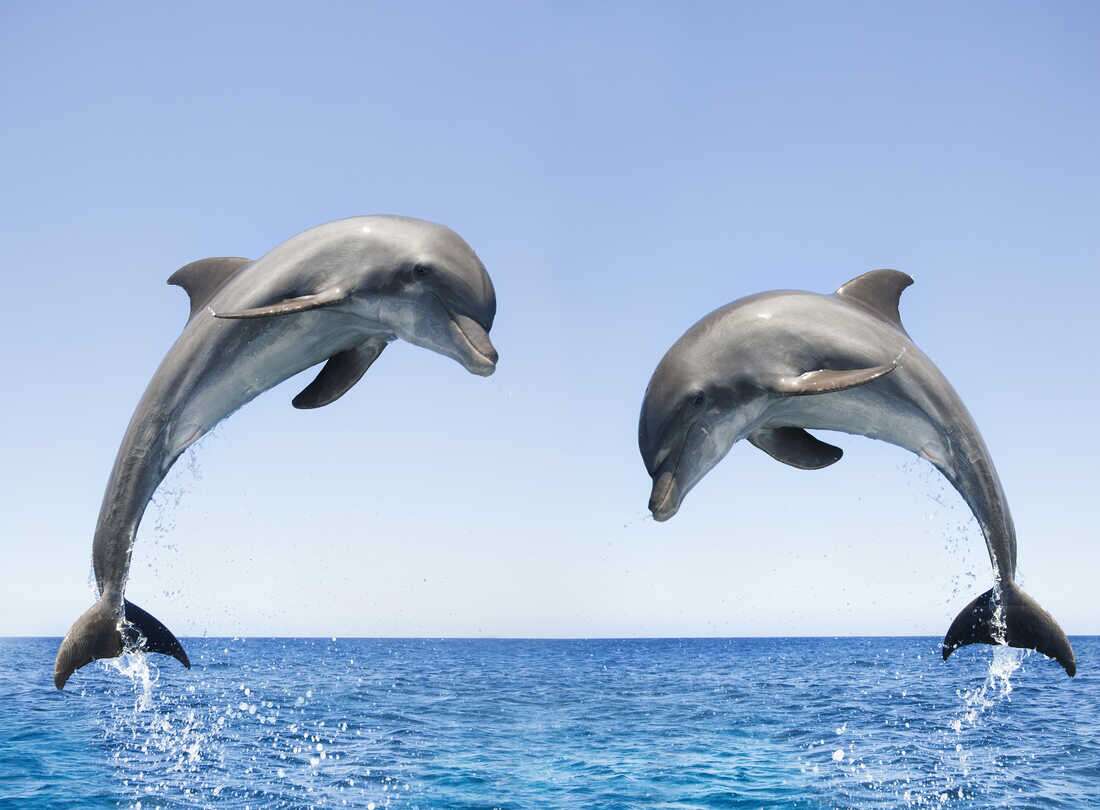 Dolphins are among the most popular animals in the world. They are well known to be highly intelligent and for their special abilities in rescuing humans from shark attacks.

Communication is a big part of how Dolphins socialize and hunt for food. They have the ability to use echolocation to find other Dolphins and prey in the low-light conditions of the ocean.

You may not expect to find a dolphin in freshwater areas, but this species thrives in the Amazon River. Fascinating geographical fact, right?

Despite all the good things about Dolphins, they face human-generated threats such as pollution of world oceans. This affects the Dolphin’s ability to find food and risks their health.

Explore the following Dolphin trivia questions and answers to get more information.

1. What is a group of dolphins called?

2. How would you classify a dolphin?

3. Where can you find Dolphins?

4. How many members did the largest known dolphin pod have?

5. What color is the Amazon river dolphin?

6. What is the name of the hole on the top of the dolphin’s head?

8. What is the fin on top of the dolphin called?

9. Do they have any special skills?

10. How long can the average dolphin hold its breath?

12. How long can Dolphins live?

13. Dolphins have been trained by the U.S. Navy to do what?

14. Dolphins belong to the cetacean family, which also includes porpoises and whales. Are there more than 50 species of cetaceans?

15. Dolphins are used in shows to entertain people.

16. Which have Dolphins been known to do?

17. How many stomachs do most dolphins have?

18. Dolphins eat what type of fish?

19. How often does a bottlenose dolphin shed its outermost layer of skin?

20. The orca, or killer whale, is the largest dolphin species.

21. Which dolphin body part is used for echolocation?

22. Do dolphins have bellybuttons at any time in their life?

23. How do Dolphins communicate with each other?

24. How is a dolphin different from a porpoise?

They have longer beaks, curved dorsal fins and are bigger

25. How many species of Dolphins are there?

26. How do dolphins communicate?

With Whistles, clicks and squeaks

27. How fast can a Bottlenose Dolphin swim?

28. What is a female dolphin called?

They stay half awake, half asleep

30. How high can a Pacific white-sided dolphin leap?

31. How long do mothers feed their calves?

33. What is the biggest threat to Dolphins?

34. How old was the oldest-living dolphin in captivity?

35. What does a dolphin use to breathe?

36. When did dolphins first appear on earth?

50 million years ago as land animals.

37. Some dolphins hunt for fish by using traps. What material do they use to make these traps?

38. How deep can some dolphins dive?

39. What does a dolphin do every two hours?

It sheds its outer layer of skin

40. Judging by the amount of spots on this dolphin, how old is it?

41. Some dolphins use which object to search for food?

42. What is the maximum amount of time a bottlenose dolphin can hold its breath?

They sleep at the water’s surface so that their blowholes can take in air.

45. A dolphin can launch itself up to five meters out of the water. What is this action called?

46. How are dolphin calves born?

47. Which senses do Dolphins have?

48. What do young dolphins learn from their mothers?

To forage for food, to socialize in the pod and to defend itself from other dolphins

49. In which sport would you see a Dolphin, bent knee, a walkover front, and a Catalina?

50. The majority of small toothed whales are called?

51. Tuffy, a dolphin trained by the US Navy performed the deepest dive recorded by a bottlenose dolphin. How deep did he go?

52.  Which sport does the Miami Dolphins play?