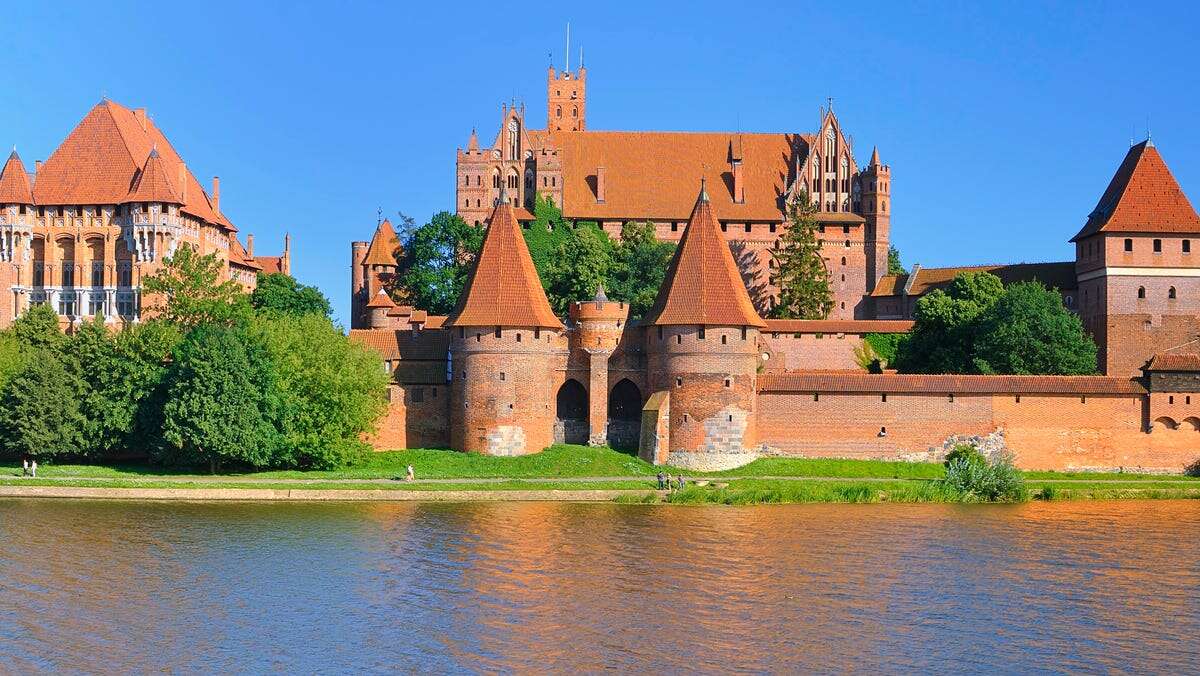 The poles are crazy about sports. Besides the nation’s famous games like football and basketball, some other unusual sports are well-loved in Poland.

Another popular outdoor activity in Poland is collecting edible mushrooms. The Polish people residing in the countryside have a deep connection to the land and use local knowledge to safely pick edible fungi.

The Poles marry young – on average at the age of 25-27,  younger than any other country in Europe. So if your Polish friends are in their mid-twenties and in a stable relationship, be sure to attend a Polish wedding.

Travel to Poland virtually with our comprehensive list of Poland trivia questions and answers sure to help you learn about the country.

1. Where is Krakow? Krakow is located in southern Poland at the foot of the Carpathian Mountains. On which river does this historic city lie?

2. How many world heritage sites are there in Poland?

3. What is the highest point in Poland?

4. What is the capital of Poland?

5. In which European country is Lodz situated?

6. How many people are living in Poland?

7. The ruined grave housing Poland’s first documented ruler Mieszko I is located where?

8. Which is the largest lake in Poland?

9. On what sea is Poland’s coastline?

10. Which is the northernmost point in Poland?

11. What is the German name for Wroclaw?

12. What is this Polish dish called?

13. This city in the mountains Tatra is called Poland’s winter capital?

15. What does the name Lodz mean in English?

17. What Polish city was mentioned in Ptolemy’s ‘Atlas of the World’?

18. What is the Polski lektor?

A translator for foreign movies

19. What is the approximate population of Poland?

20. What is the currency of Poland?

21. What is Poland’s main seaport on the Baltic coast?

22. What animal is “working” at the Palace of Culture and Science?

23. What are the two Polish highways which run through/close to Wroclaw?

26. What is the largest forest in Poland?

27. Poland shares borders with seven countries. Which border is the longest?

29. What is the name of the medieval market square situated next to the main square (rynek glowny) in Wroclaw?

30. When was the Kingdom of Poland first established?

31. What is the national flower of Poland?

33. When did poland join the European Union?

34. Another famous student at the Jagiellonian University went onto become Pope. What was this man’s birth name?

35. What is the name of the deepest lake in Poland?

36. Who is the international airport in Wroclaw named after?

37. How many inhabitants does the city of Lodz have?

38. What is the port on Poland’s coast near the mouth of the Vistula?

39. Which Polish city is popular with tourists for its Old Town, festivals, and beautiful architecture? The 2008 film “The Reader” was filmed here.

40. What is the name of the largest National Park situated in Poland?

41. In Warsaw, Poland’s capital, national pride runs deep for its best-known composer, in what?

42. What is the name of the biggest Polish island?

43. Eighty-seven percent of Poles identify themselves as?

44. Which city may be called the religious capital of Poland?

46. In Lodz there’s also a school, well known around the world, the Public High Theatre, Film and Television School. What famous Hollywood Polish director graduated from it?

47. Which Forest is one of Europe’s last remaining primeval forests and part of an ecosystem largely untouched since the last glaciers receded from the Continent more than 10,000 years ago?

48. Which City was burned by Polish armies as revenge for taking Swedish bribes during the Swedish Deluge?

49. What country lies to the west of Poland?

50. What Polish city is called the Pearl of the Beskid Mountains?

51. What was the tallest building in Poland from the time of its construction in 1955, until 2008 when its height was overtaken by Zlota 44?

Palace of Culture and Science

52. What is the name of the famous painting in Wroclaw depicting a certain battle?

53. After the Second World War a large part of Eastern Poland was annexed to the Soviet Union. Which of these annexed cities was a part of Poland during the 11th century?

54. What is Poland’s most mined substance?

55. Which area of Krakow was founded by a king of the same name, and is now known as “the old Jewish quarter” due to its previously large Jewish population?

56. What city is known as the capital of Polish song, in addition to its many parks, numerous canals, and many historic churches?

57. What is the biggest natural desert in Poland?

58. What is the largest Polish seaport with access via seaway to the Baltic Sea?

59. Ludwik Zamenhof was a Polish Jew who invented the artificial language Esperanto. Where was he born?

60. Krakow’s “Old Town” attracts many tourists due to its abundance of museums, churches and landmarks. What is the name given to the collection of gardens and works of art which encapsulates the “Old Town”?

61. What Polish city is found to the south of Poland and is considered by some scientists an open-air geological museum because of its diversity of geological forms?

62. Which Polish town is the oldest?

63. How many bridges are there in Wroclaw?

64. Which city was Poland’s first capital, and it is called the cradle of the Polish State?