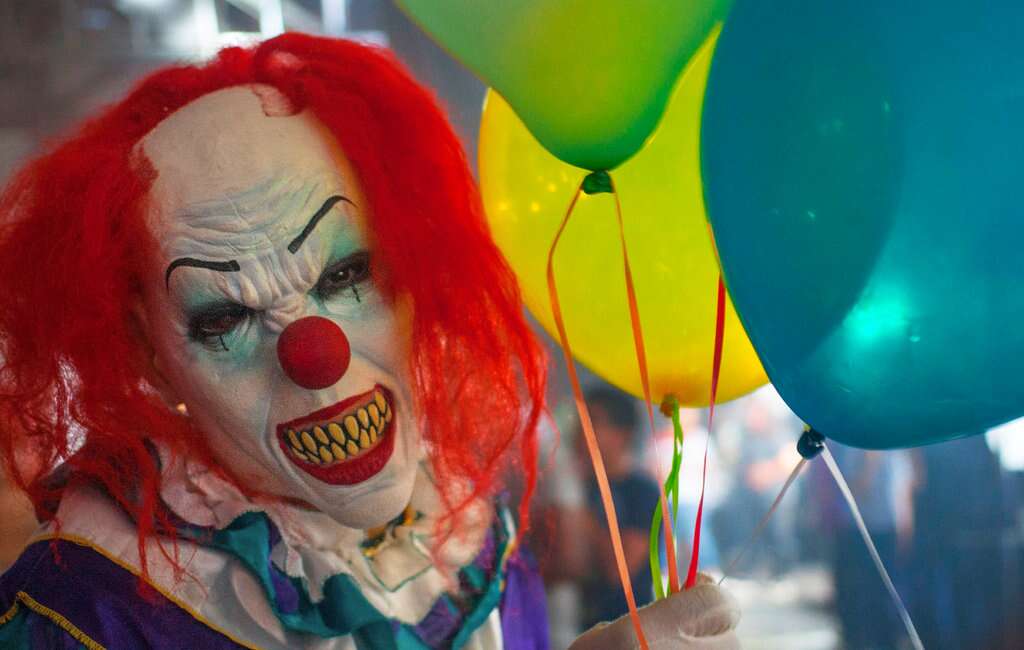 Jokes about clowns are sure to brighten your day. Circus jokes coupled with clown performances are often popular at kids’ events. Clown laughs are contagious, you are likely to find yourself cracking up just at the sight of a clown.

If you find clowns funny, then this set of funny clown jokes and puns will make you burst into laughter. This list of the best clown jokes will bring along all the fun of the circus.

Did you know that the word clown originated from Iceland? It is derived from the icelandic word – klunni which means a clumsy person.

Although clowns were more popular at birthday parties in the 90s, today’s fun events still hold a place for these hilarious characters. Currently there is a clown shortage in Northern Ireland and that calls for a perfect setup to pull these funny clown jokes and puns.

Take up the challenge!

1. When do clowns go to the doctor in their clown car?

When they feel a little funny!

2. I’m going to send a clown to deliver flowers to my wife…

Will she think that’s a romantic jester?

4. My Mom bought me a clown shaped lollipop at the circus,

but it sure did taste funny!

5. What kind of doctor tells people that laughter is the best medicine?

6. I think I’m going to start a clown shoe business.

But it’s no small feat!

7. My Dad was the head clown at the circus, until he passed away.

I guess I have some pretty big shoes to fill!

8. What was the reason behind the clown throwing his clock out of the window?

He wanted to see whether time flies.

9. My Mom was a clown who performed on stilts.

I always looked up to her!

10. What was the name of the fish that tasted funny?

11. My Dad worked as a trapeze artist,

Until he was let go!

12. I saw a group of pheasants and partridges dressed as clowns the other day and, I thought,

“they’re game for a laugh!”

13. What did the tiger call the clown?

14. I quit my job at McDonald’s yesterday…

Because the boss was a clown!

15. Why was the clown’s education a joke?

Because he was juggling with his future.

16. What do you call a circus clown who’s covered in an egg?

17. How do clowns cook their eggs?

18. Why was the lopsided circus clown looking for another piece of cheese?

He only had one stilt-on!

19. Why did the clown get suspended from his job?

Because he was fooling everyone.

20. How did the clown impress everyone?

He showed a nice jester.

21. Did you hear about the naughty clown who ran away with the circus?

The ringmaster made him bring it back!

22. What kind of fever did the clown have?

24. How does one escape when attacked by a gang of clowns?

Just go for the juggler!

25. My friend worked in a circus as a human cannonball and when he retired, they didn’t replace him:

They couldn’t find anyone else of the same caliber!

26. What is the name of a clown who hates sitting down?

27. How did the clown count his money?

28. Did you hear about the really dramatic circus clown?

His act was always in tents!

29. How did the clown write his jokes?

He jest put pun to paper!

30. What is used to make a clown outfit?

31. Why are clowns always going to the doctors complaining about bad necks?

Because they sleep funny!

32. Which test did the clown blow off?

33. I went to the fancy dress shop to buy a clown outfit, but I couldn’t decide on the accessories.

I let the salesman pick my nose.

34. Why did the people run away from the clown?

Because he smelled funny!

So their feet don’t fall asleep!

He broke his funny bone!

Because they got funny business to handle!

42. How huge was the clown’s hard drive?

43. Why did the clown feel sad looking at the balloon?

Because of inflation, he could not buy it.

44. I’m going to send a clown to deliver flowers to my wife.

Will she think that’s a romantic jester?

46. Which city was ruled by all the clowns?

Take him to an orthopedic surgeon to fix his funny bone.

Because they taste funny.

49. Which movie did Pennywise avoid seeing because he hated biopics?

50. I think I’m going to start a clown shoe business.

But it’s no small feat!

You can’t be serious.

52. Why was the clown’s mortgage turned down?

Because he could not afford the clown payments!

53. How do clowns graduate from clown college?

54. Why was the clown so happy after getting an ear transplant on 31 December?

Because he had a happy new ear.

55. Where do clowns go to get married?

56. Why did the clown cross the road?

To get his rubber chicken from the store.

57. What do Winnie-the-Pooh and Bozo the Clown have in common?

58. Where did the clown go after he retired?

59. Why do clowns avoid night shows?

Because they are afraid of the ‘Dark Knight.’

60. What is written on Ronald McDonald’s gravestone?

Show him the mirror.

64. My father was the best clown of all time.

When he died, all his friends came to his funeral in one car.

65. What would an annoyed magician do?

He would pull his hare out.

66. How does Ronald McDonald introduce his wife?

67. Did you hear about the clown who got fired from the circus?

68. What is the gooey red stuff between an elephant’s toes?

69. My girlfriend told me I was acting like a clown.

It was so upsetting that I stopped juggling and almost fell off my unicycle.

70. How do you get a retired carny off your porch?

Pay him for the pizza.

71. Why did the elephant leave the circus?

He was tired of working for peanuts.

72. Why was the Mom Clown so popular with the other parents?

Because she was really good at carpooling.

73. I painted half of my face like a clown today and decided to go for a drive.

Still, I don’t think that everyone got to see my funny side.

74. What do you call a phobia of a psycho clown running at you with a chainsaw?

75. What does a cannibal call a clown?

76. I know that girls like guys who are funny and spontaneous.

However, when I tap on their window at 2 AM dressed as a clown, they all run away screaming!

77. What is the similarity between an anti-joke and a clown?

78. What do clowns fill their cars with?

79. How do you call someone who eats circus workers?

80. A local circus started a competition for the best contortionist.

I entered myself, and won!

81. What do crazy people do at a carnival?

They go on an emotional rollercoaster.

82. A clown had an interview for a party supplies store. His interview task was to inflate a balloon.

Unfortunately, he blew it!

83. Why was the clown staring at a can of orange juice?