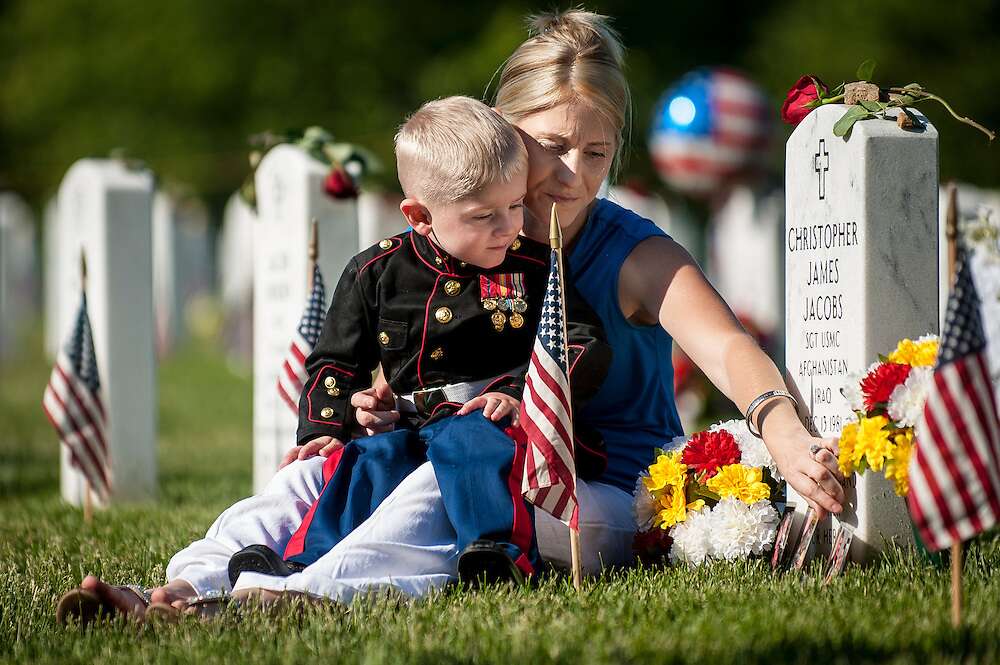 Memorial Day is a holiday to celebrate and honor soldiers who have tirelessly fought and served their nation.

This day is often conflated with Veterans Day or Armed Forces Day, only that it is not observed to commemorate those actively serving or who have fallen in combat. It is the unofficial opening of summer.

A time when people watch public parades and unite with families over open barbecues or different foods. People carry around flags and bake patriotic-themed cakes. However, there is more to Memorial Day than all this fun stuff.

This holiday honors the millions of lives lost during the Civil war. These fun Memorial Day trivia questions and answers will put to test your history knowledge.

1. What city is known as the birthplace of Memorial Day?

2. What is the National Moment of Remembrance Resolution?

At 3pm on Memorial Day all Americans are asked to willingly and informally stay silent for a minute of remembrance and honors.

3. When does the Memorial Day holiday occur in the United States?

On the last Monday of May

4. Memorial Day was originally known as what?

6. Why Memorial Day is celebrated?

To honor the people who died while serving the U.S military.

7. Memorial Day was first recognized on what date?

8. When was Memorial Day first celebrated?

9. When did the day originate?

In the following years of the Civil War.

10. When was Memorial Day named as such by the federal government?

11. What do you write on Memorial Day?

‘Let us acknowledge those who courageously gave their lives to save ours’.

12. How do Americans celebrate Memorial Day?

By visiting memorials and cemeteries, arranging family gatherings or participating in parades.

13. What act moved Memorial Day from May 30 to the last Monday in May each year?

14. What is done on Decoration Day?

A day for the nation to adorn the burials of the war dead, accompanied with flowers

15. When did the day become an official federal holiday?

16. When did Memorial Day move from May 30 to the last Monday in May?

17. When did Washington, D.C. hold its first Memorial Day parade?

18. Why the Memorial Day selected on the last Monday of May?

To create a three-day weekend for the federal employees.

19. Arlington National Cemetery used to be a plantation belonging to whom?

20. What happens to the flag on Memorial Day?

The flag should be at half-staff until midday, then hoisted to the top after that.

21. Who spoke at the first Memorial Day ceremony at Arlington National Cemetery?

22. Who started the tradition of wearing red poppies on Memorial Day?

23. When was the Tomb of the Unknowns at Arlington National Cemetery established?

24. When did the holiday transform from honoring just those who died fighting in the Civil War to honoring Americans who died combatting in any battle?

After World War I.

25. What poem inspired the tradition of wearing and planting poppy blossoms for Memorial Day?

“In Flanders Fields” by John McCrae

26. Which are the two most important items people wield to remember soldiers?

27. Confederate Memorial Day is recognized in which states?

28. For how many years has Memorial Day been reserved for cherishing the lives of Civil War soldiers only?

29. Which president signed the National Moment of Remembrance Act?

30. Many Americans treat Memorial Day as the onset of which season?

31. Which flower is associated with the day?

33. Memorial Day weekend has been known as being the most hazardous holiday. Which incident caused it to be known as very risky?

35. Memorial Day is held in May for what reason?

So flowers will be in bloom to decorate soldiers’ graves

37. How many participants decorated graves for the first Memorial Day at Arlington National Cemetery?

38. What organization called for adorning the shrines of fallen soldiers on 30 May, 1868?

39. How many fallen soldiers were honored at the first Memorial Day at Arlington National Cemetery?

40. Which memorial to the fallen was the first to be inaugurated on Washington D.C. National Mall?

41.  When did all other northern states recognize it?

42.  One of the very first ceremonies to honor fallen Union Civil War soldiers was held on May 1, 1865, by whom in what city?

44. Why did Mona Michael sell poppies to her friends and co-workers?

To give the money to the servicemen in need.

45. Which senator and World War II veteran fought to return Memorial Day to May 30 until his death in 2012?

46. Which military service is honored by this memorial just outside of Washington, often cited as the ‘Iwo Jima memorial’  because it accentuates a sculpture of a scene from the famous World War II battle?

47. Which is the first veteran’s organization to sell poppies nationally?

48. Which historical monument was dedicated on Memorial Day in 1922?

49. Which woman served as a battlefield nurse during the Civil War, achieving the epithet ‘Angel of the Battlefield’, and established the American Red Cross in 1881?

50. The ancient Greeks marked one of the earliest displays of honoring fallen soldiers in which war?

51. The quote, ‘I hate war as only a soldier who has lived it can, only as one who has seen its brutality, its futility, its stupidity’, is from which former soldier who became a U.S. president.

52. How many deaths are estimated during the Civil War?

53. About how many Americans visit Arlington National Cemetery each year?

54. There is something unusual at the Arlington national cemetery. What is it?

The Tomb of the Unknown Soldier.

55. When there was a shortage of natural poppies in 1924, which city was the first to manufacture artificial poppies?

56. Who has been associated as being the first to announce that shops are shut for one day to honor the soldiers coming back from the Civil War?

58. The annual biker rally in Washington, D.C. each Memorial Day is called what?

60. What rise in percentage is the automobile-related casualties over Memorial Day weekend?

61. After how many years of the Civil War the Decoration Day established?

62. The Rolling Thunder Run is aimed at raising awareness of what?

Prisoners of war and soldiers missing in action

63. How many hot dogs do Americans eat between Memorial Day and Labor Day?

65. What does the 3rd U.S. Infantry Regiment place at each shrine in Arlington National Cemetery every Memorial Day?

66. What was the name of the Act according to which the date of the Memorial Day revised?

67. How many American men and women have died in all battles the U.S. has been involved?

69. Which food is the most served on Memorial Day?

70. When did the first race of the Indianapolis 500 take place?

Grand Army of the Republic

72. What is usually played in the ceremonies of Memorial Day?

73. What was the longest war in which the U.S military fought?

75. Which war is named as the forgotten war?

77. Due to the Uniform Monday Holiday Act, Memorial Day was moved to the last Monday of May in 1971. What was the purpose of this?

78. The poppy is considered the official flower of Memorial Day. What color poppy is used on this important holiday?

79. Memorial Day was originally called Decoration Day. Who gave it this name?

80. Which is the most popular activity takes place on Memorial Day?

Parade and visiting friends and families