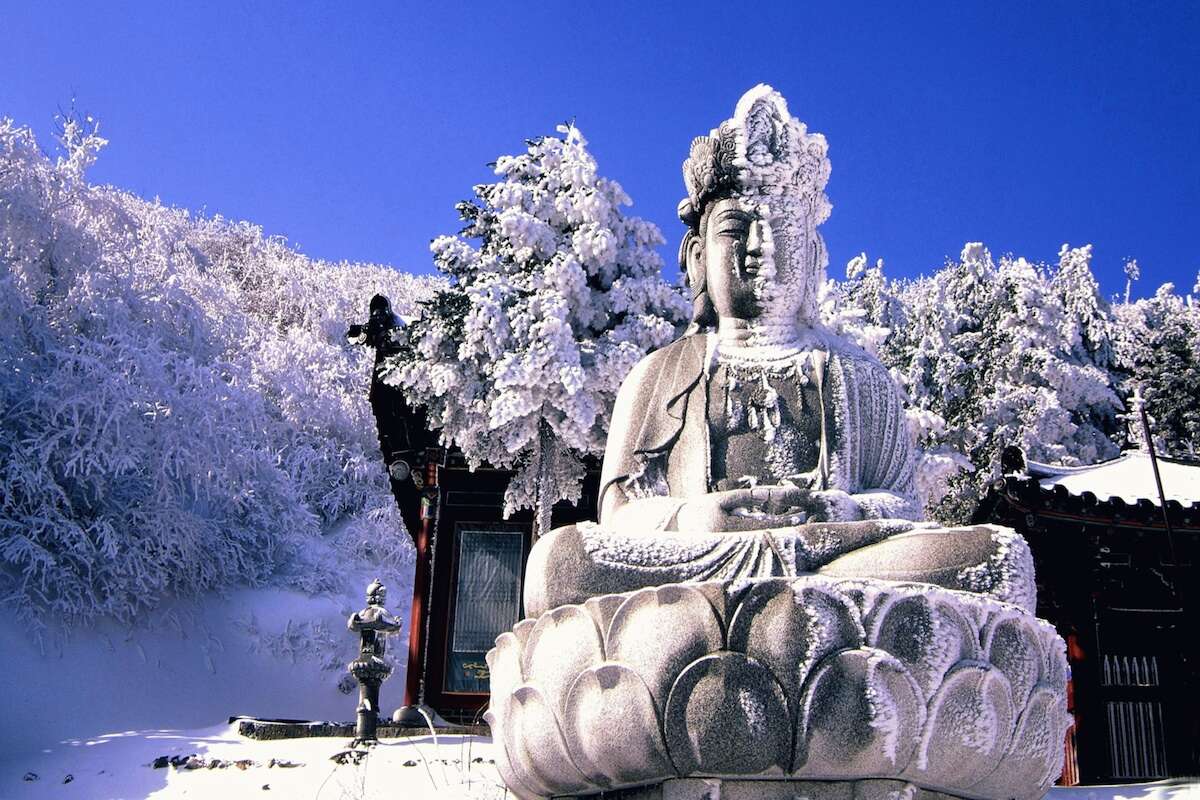 South Korea is a first-world country known for its high-end manufacturing capabilities (especially computer chips) and vibrant culture. It is ranked as the tenth-largest economy by GDP in the world and among Asia’s most advanced economies (i.e. China, Japan, e.t.c.) and democracies.

South Korea is ranked sixth among the highest national IQ of any country in the world. South Koreans are geniuses with some of the smartest people on the planet. The country is technically advanced, which was proved in 2012 when they invented the first robot prison guard.

The dark side of the internet led to the county passing a (“shutdown law,” also referred to as the “Cinderella law,”) banning anyone younger than 16 from online gaming. Internet addiction has over 14% of victims are children aged between 9 and 12.

1. What is the second-largest city in South Korea?

2. What is the South Korean typical attire called?

3. What is the currency of South Korea?

6. What is the predominant religion in South Korea?

7. What is the second most populous city in South Korea?

8. What is the population of South Korea?

9. What is the traditional dish made of rice topped with vegetables and a spicy sauce called?

10. Which of the following car manufacturers is from Korea?

11. Why is Gamcheon a colored village?

12. The concept of the Three Kingdoms of Korea refers to the kingdoms of _____

13. What are the Boseong tea plantations known for?

15. The song ‘Gangnam Style’ by South Korean musician Psy refers to what?

A district in Seoul

16. When is Korean Independence Day celebrated?

Tombs from past imperial eras

18. What is the largest South Korean company by revenue?

20. The Korean dance called the Nabichum is known by what name in English, because of the costumes worn during the performance?

22. The Korean board game is known as “baduk” has a name that translates into “go” in English?

23. The traditional Korean martial art known as Taekwondo was initially called Tae Soo Do. “Tae” means “to stomp” and “do” means “the way of”, but what do “soo/su” and “kwon” mean?

24. What is the name of the alphabet that is used to speak and write the Korean language?

25. Which of the following best describes the architecture and design of a traditional Korean garden?

26. Jokbal, a popular Korean dish of pig’s feet braised in rice wine, is considered an “anju”. An “anju” is a dish served alongside what?

27. “Shiri” or “Swiri”, directed by Kang Je-gyu, is often said to be the film that sparked the modern Korean film industry in 1999? What kind of film is “Shiri?”

An increase in the popularity of South Korean culture worldwide

29. Gong Ji-Young’s 2009 novel “The Crucible” takes its name from the Arthur Miller play of the same name. However, instead of witchcraft, what is the novel about?

Abuse of students at school

30. How many South Koreans were kidnapped by the Taliban in July 2007?

33. Who occupied the southern part of Korea after Japan surrendered in WWII?

35. What is the official name of South Korea?

The Republic of Korea

36. When was the Southern part declared the Republic of Korea?

37. The northern part occupied by the Soviet Union, and the southern by the United States are separated by?

38. The Korean war lasted how many years?

39. Although South Korea is now a liberal democracy, it suffered under a series of military dictatorships between which years?

40. South Koreans believe that a person’s blood type defines what?

Personality and other characteristics.

41. South Korea has how many islands?

42. Blood types are so important to South Koreans that they are a factor in choosing?

43. Which day do men reciprocate Valentine’s day to their women?

44. What is the name of the largest Island in South Korea?

45. The world’s fastest wireless internet speeds are in?

46. The giant stone statues on Jeju island are called?

47. In 2011 the South Korean government passed which law?

(“shutdown law,” also referred to as the “Cinderella law”) banning anyone younger than 16 from online gaming

48. What age do South Korean kids suffer from internent addiction?

49. Newlywed women believe that touching the statues’ long, broad noses will do what?

50. The computer chips used in Apple’s iPhones are made by?

51. Marriage is extremely popular in the country and the minority of people who choose to remain single is referred to as?

In the slang ‘big baby’

52. Which are the most common cosmetic surgery procedures in South Korea?

53. Marriage by a love match is called?

54. Facial hair on men is frowned upon in South Korea and is considered?

56. A man with a beard or mustache would find it difficult to find what?

58. South Koreans believe that dreaming of___ is a good omen?

They are, or will soon be, dead.

61. South Koreans that are in a relationship avoid giving each other shoes as gifts, why?

This means that they will soon ‘walk away from them.

62. South Koreans love to shop and department stores are open until 4am while bars and restaurants only trade at what time?

63. The country leads the world in the harvesting of___ for human consumption and produces over 90% of the world’s supply?

65. The Shinsegae covers an area of?

Guards in the DMZ and also used as teachers.

67. Which year was Shinsegae built?

68. The __department store in Centum City, Busan in South Korea holds the record for being the largest in the world.

69. South Korea is known for its cultural exports, particularly in?

70. Which number is regarded as unlucky and very similar to the word death?

71. Unusual South Korean dish is ‘beondegi’. Is it street food?

The pupae of silkworms.

73. South Koreans eat dog meat and it is often found on menus in restaurants and street food stalls. The dish is called?_________ (or ‘invigorating soup’) and is made with pieces of dog meat.

75. People in South Korea say ___ (instead of ‘cheese’) when they are taking photographs?

76. In South Korea babies are considered to already be when they are born because the time they spend in the womb is counted towards their age.

77. Fruit is extremely expensive in the country and is regarded as a?

78. The country is home to the oldest astronomical observatory in the world named?

79. Where is the Cheomseongdae Observatory located?

80. South Korean film director was the first foreign film to ever win the Best Picture Academy award as well as collecting two other Oscars.

81. The national animal of the country is?

82. South Koreans are a highly homogenous people and all speak the South Korean language, the script of which is called?

85. South Koreans celebrate the Harvest Moon Festival during which they travel to their hometowns and visit the graves of their ancestors on which they place what?

86. South Koreans have two legends that they believe played a significant role in bringing salvation to them. They refer to them as?

87. South Korea celebrates the new year how many times?

Twice. They celebrate the New Year at the start of the solar calendar (January 1), as Westerners do and once more on the first day of the year on the lunar calendar. The lunar Korean New Year is a three-day holiday to return home and visit extended family, along with performing ceremonies to honor your ancestors.

88. There are more than 2 million South Koreans living in the United States. Immigration from the country to the US started in the 1900s when workers moved to Hawaii to work on what?

89. The _____found in Seoul is the highest in the country and also ranks fifth in the world.