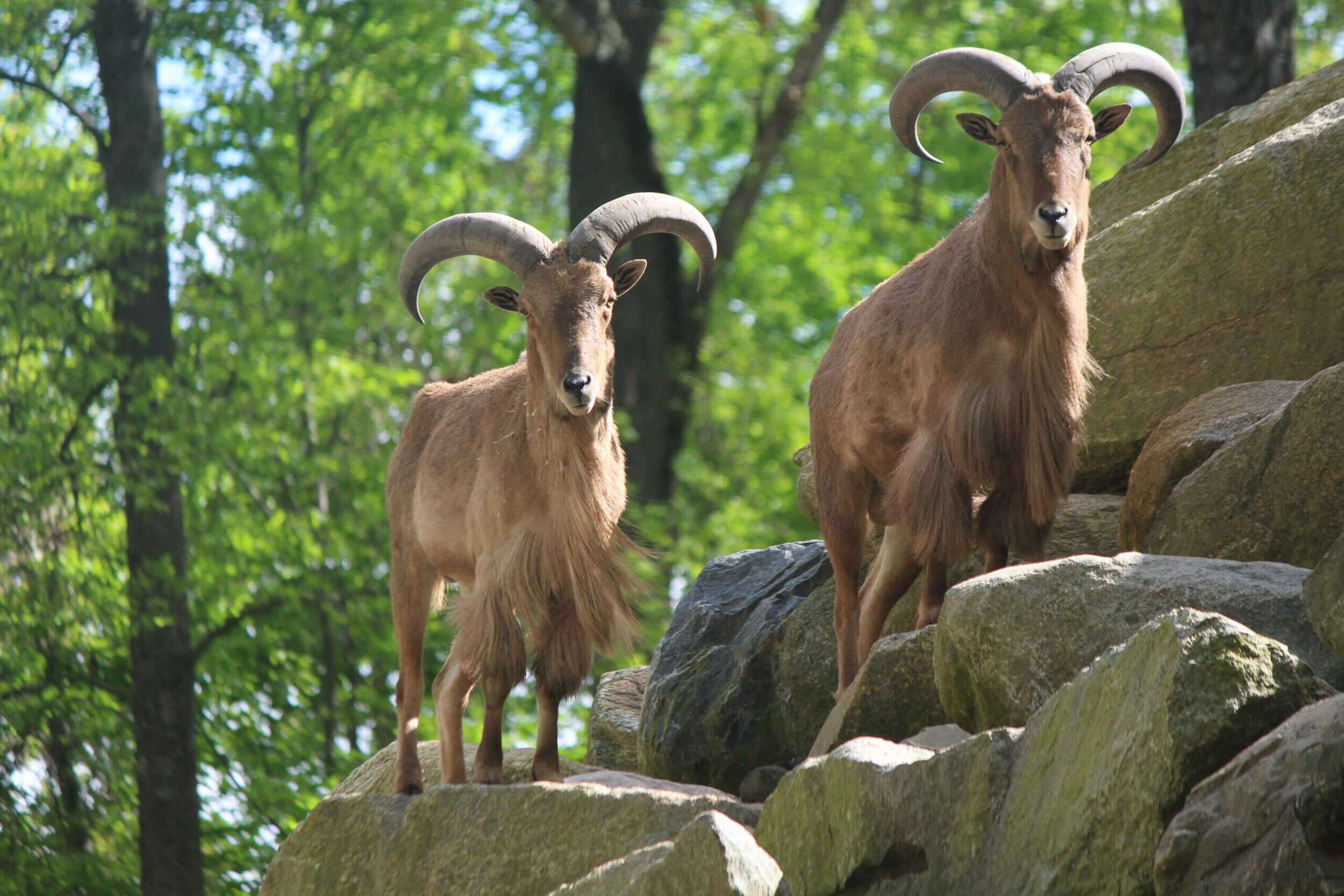 Barbary sheep is a furry and stocky, heavy-built caprid (goat-antelope) animal. The male is referred to as a ram, while the female is called a ewe. Both sexes have horns that sweep backward and outwards as an arch, although the male’s horns are thicker and more rigid than the female’s.

Their most distinctive feature is the conspicuous extended vertical fringe of hair that falls from the throat down to the upper part of the front legs. A Barbary sheep has a long face, short legs, a darker line along the spine, and a slightly lighter underbelly.

Their coat is sandy-brown but darkens as they age. During Winter, the coat is wooly but molts to a sleek fine coat in Summer.

Below are some interesting facts you need to know about a Barbary sheep. 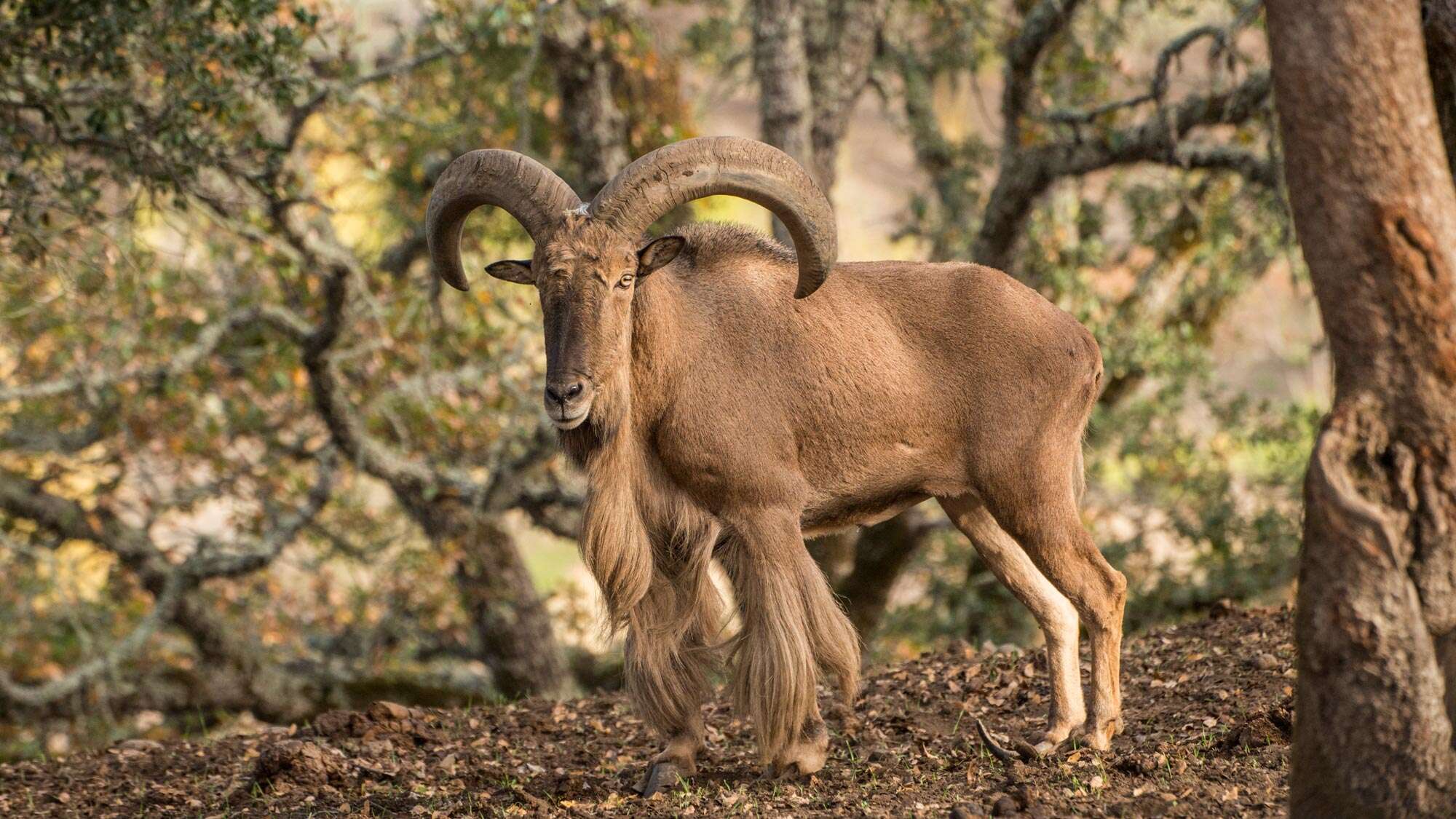 Barbary sheep are classified as vulnerable in the IUCN Red List. However, they are protected by laws and measures that are strengthened to conserve them in zoos and reserves.

Barbary sheep face an array of challenges in their original habitats-Barbary Coast in Africa, including Morocco, Western Sahara, Egypt, and Sudan. In their native range, Barbary sheep have experienced a drastic population decline due to increased hunting for their skin, meat, and sinew.

On the other hand, in North America, where Barbary sheep have been introduced, they are forced to compete with the native bighorn sheep, cattle, and goats for food resources.

A single offspring is common in most cases, but there are rare cases of twin offspring. Barbary sheep breed once a year and one in every seven births, twins are born. Mating occurs throughout the year but is mostly at its peak from September all the way to November.

Barbary sheep gestation lasts approximately 160 days. Baby sheep are mainly born from March through to May. Although baby sheep are born strong enough to climb the rocky Mountains immediately after birth, they are weaned for three to four months.

Male Barbary sheep gain sexual maturity earlier than female ones. At one year of age, a ram is sexually mature, while the ewe matures at around 19 months.

Barbary sheep are adapted to dry and rocky areas with scarce water. They obtain most of their water requirements from the food they consume but will take water if available in their surroundings.

Barbary sheep have both beards and curved horns, making it challenging to categorize them as sheep or goats. Typically, it is pretty easy to differentiate a male goat with beards and straight horns from a sheep with curled horns and no beards.

To avoid grouping them as sheep or goats, the Berber people of North Africa refer to them as Aoudads. However, they are more closely linked to sheep than goats on a biological level.

Barbary sheep or aoudad is a relatively large sheep that are adapted to arid, rough, barren, and waterless habitats. Due to competition, the species does not coexist well with the bighorn sheep of dry southwestern areas of Trans – Pecos.

Barbary sheep graze at dusk, dawn, and night on a wide variety of grasses, forbs, flowers, and shrubs. To survive in the rugged, rocky terrain, they select cave areas that provide shade during the hottest daytime.