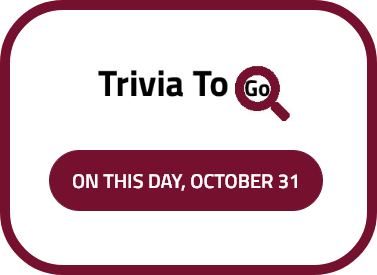 October 31st! Most people are often psyched up and preparing for their Halloween plans, costumes, meals and games.

Besides the normal fun-filled celebrations that have been happening over the years, what do you know about this day in history? Check out some of the events that happened on this day in different years.