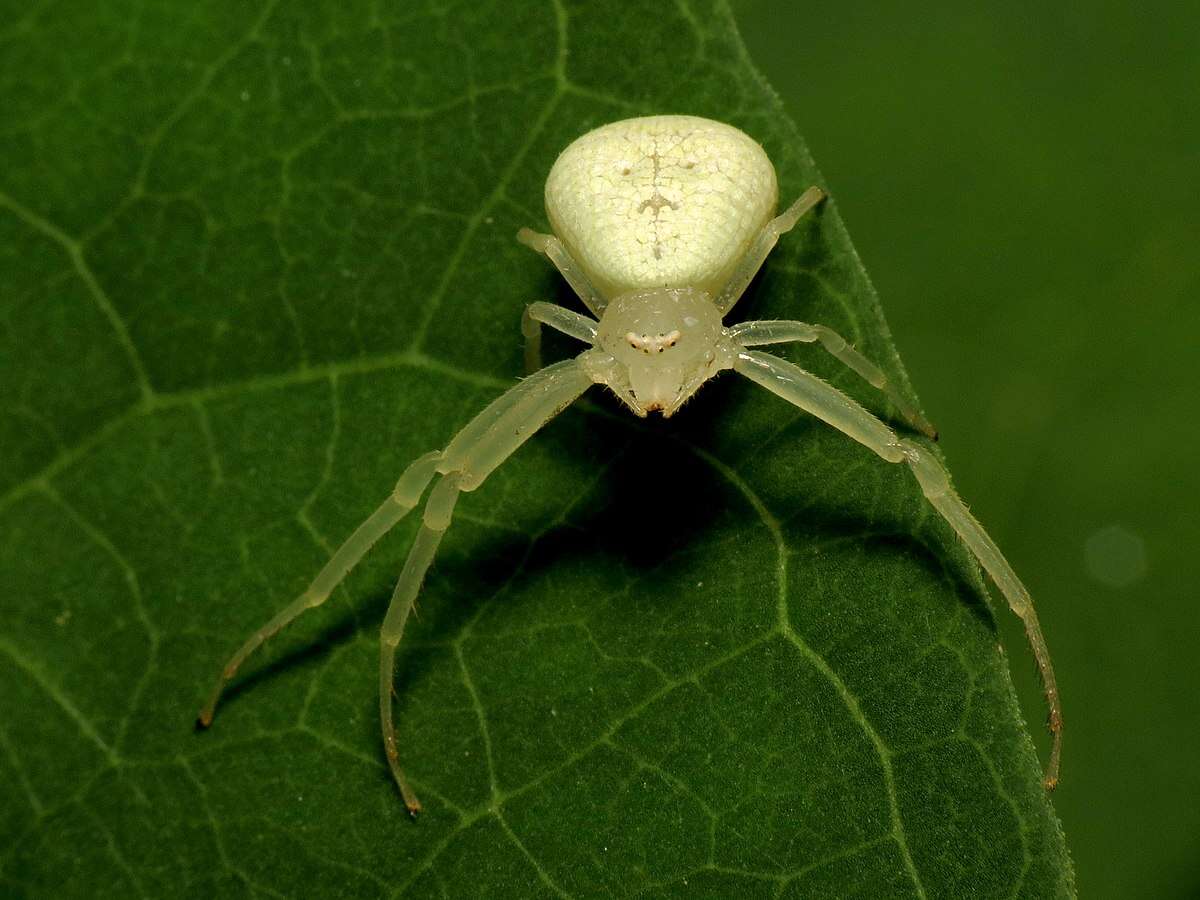 The green Crab spider is an animal with a crab-like fashion body that can walk sideways and backward, just like a crab. They have broad, flattened bodies and four pairs of legs without spots or rings. The front legs are much larger and more developed than the other pairs.

The scientific features of this spider consist of a pale green to silver-white body. Their abdomen is shaped like a diamond or kite. The female has a creamy white hue and two pairs of red dots that form two lines on the abdomen. The males are dark-colored with a greenish-white abdomen covered with brown stripes.

Top 5 Astonishing Facts About Green Crab Spider You Should Know

The bristly spiders are diurnal animals. They are active during the day, hunting and eating insects that visit flowers to feed on the nectar. Primarily, they feed on Honeybees, butterflies, and flies.

Read on to discover the top 5 fascinating facts about this species.

The species has eight eyes that have a 360 degrees vision. The eight eyes are arranged in two curved rows of four. All the eyes are on low raised projections called tubercles. The eye area is often entirely red, pink, or white.

The feeding strategy of this spider is a cunning combination of ambush and camouflage. Green Crab spiders are capable of changing their color to suit their environment. They can match their chosen flower as long as it is in the spectrum between pale green, yellow, white, and pale pink.

The pigment-production process takes up to three weeks when the spider slowly turns the outer layer of cells on their body. Studies show that spiders take visual cues to change color because spiders whose eyes were painted lost this visibility.

Breeding starts with the male spiders following a silk thread deposited by their counterparts to find them. The tiny male then ties the females with silk and deposits packages of sperm on the ground. After mating, the females easily break the restraints, collect these packages with leg-like structures called palps and fertilize the eggs.

The laid fertilized eggs are covered with leaves. The female produces silk and forms a cocoon-like protective casing around eggs and leaves.

For three weeks, the female does not hunt for food, as they remain to guard their eggs until they hatch. The females die out of exhaustion since they never eat during incubation.

The hatchlings resemble the adult and molt a couple of times as they grow into maturity.

Green Crab Spiders produce venom that is dangerous to their prey, but not to humans. They are mainly docile and non-aggressive animals. However, when they bite your body, they leave two puncture wounds.

As much as they are dangerous, their venom cannot kill you. Their bite, however, is quite painful and can cause discoloration to the affected area.

Like other spiders, the flower spiders are good agents of pollination. Aside from being flower pollinators, they help control pests, serving a vital role in natural food cycles.

The ambush predator silently waits in flowers until their prey appears. They use their front legs to grab the prey and induce venom using their slender fangs.

Green Crab spiders are poisonous animals but not harmful to humans. The males are even extra careful not to be prey as they approach mating.

To appear cryptic to predators and prey, these spiders must precisely match the flower color in their environment.