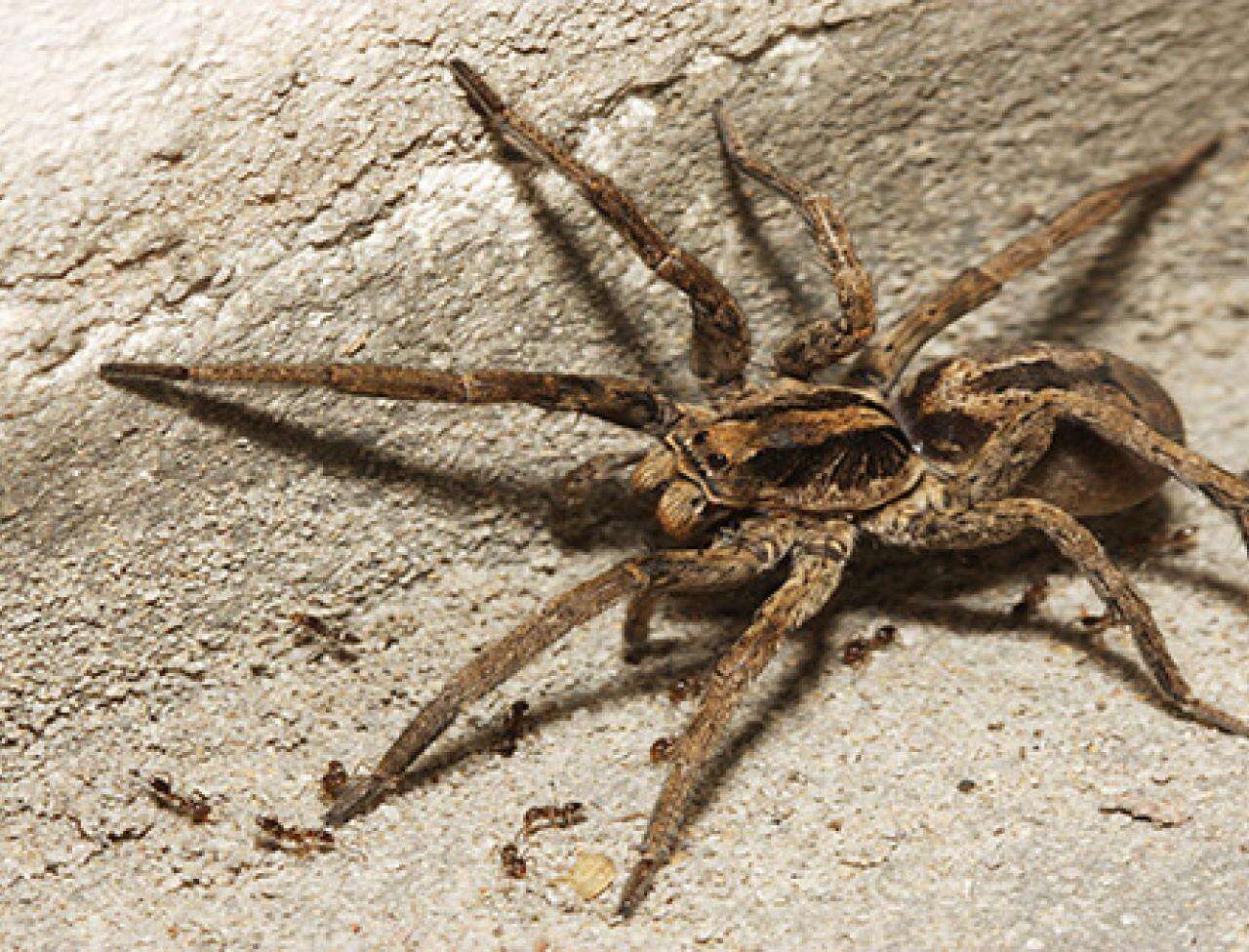 The rabid wolf spider is a harmless spider with eight eyes. This spider has a dark gray cephalothorax with two thick longitudinal stripes extending across the top. The species has a narrow light on each lateral margin of the thorax. 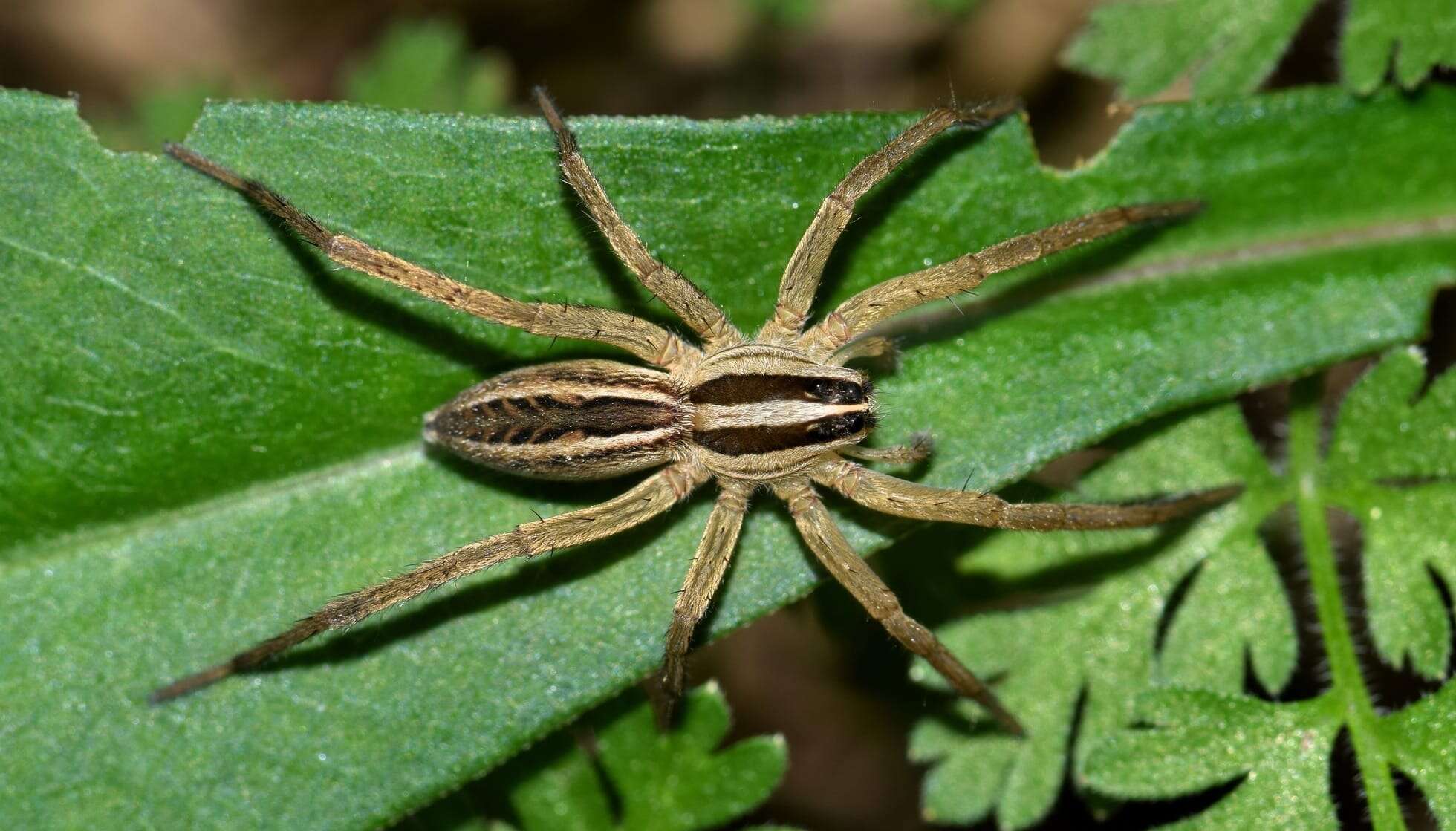 The rabid wolf spider is considered rabid because of its thirst for blood or ability to pass on rabies. Its name symbolizes the spider’s ability to move incredibly fast and erratically when needed.

Let’s dive into the fascinating facts about this wandering spider.

Rabid wolf spider species efficiently detect movement. This is evident in the courtship period, where these spiders use a series of displays to interact and breed. These spiders perform a series of inter-bout turns where one spider turns in a given direction based on where its counterpart turned previously.

The pheromones released in the mating season(in the Spring) are directly related to the turning in males, especially the degree and time of turning.

Both sexes release pheromones when breeding. Reproduction in Rabid wolf spiders starts with the female releasing a dragline. The male stumbles across this line that leads them to their counterparts, and they dance in front of them.

After a successful courtship, the male spider spins a ball of silk and releases sperm onto the ball.

The female attaches the ball and drags it with her until fertilization occurs. The females carry their egg mass around, having spun a silken cocoon around the egg mass and attached it to spinnerets.

Before the eggs hatch, the cocoon turns from shiny white to dirty brown. The spiderlings hatch and ride on their mother’s back until ready for dispersal.

Unlike the red rump tarantulas, which rely on seismic communication, these species of wolf spiders use web vibration as a mode of communication. The males pluck the fibers of their web to create a ‘song’ through vibrations to attract females. Male wolf spiders also use the substratum–coupled vibration system to communicate with other male spiders.

Rabid wolf spiders also communicate using pheromones. Both sexes lay out a dragline and deposit chemical attractors on the line. The male wolf spider intersects these lines and uses its palps to follow the line for mating.

Rabid wolf spiders are excellent ecological controls that check the blooming of the insect population. They are carnivores that primarily prey on insects like grasshoppers, locusts, ants, and crickets. This species also prey on other spiders and feed on non-insect arthropods.

They wander indoors, and after catching their prey, they suck out all the nutrients in its body. An approaching sheet of paper may engage their flight instinct and help coax them back outside.

However, as an occasional prey species, it contributes to feeding other organisms in the ecosystem.

Rabid wolf spiders are nomadic and frequently move in search of food. It does so in a competent manner that is inconspicuous to large predators. The spiders stay low in the bushes, under litter or ground covers. Here, they can move efficiently and most often remain undetected.

Rabid wolf spiders obtained their name from how they stalk their prey slowly and from a distance. This hunting method is also associated with wolves and other wild dogs.

Rabid wolf spiders are notable species with eyes that can reflect light at night. This is similar to dogs and cats but unlike other spiders.

They play an essential role in the ecosystem, especially where pests are problematic. These spiders are not poisonous but are famous household pests.