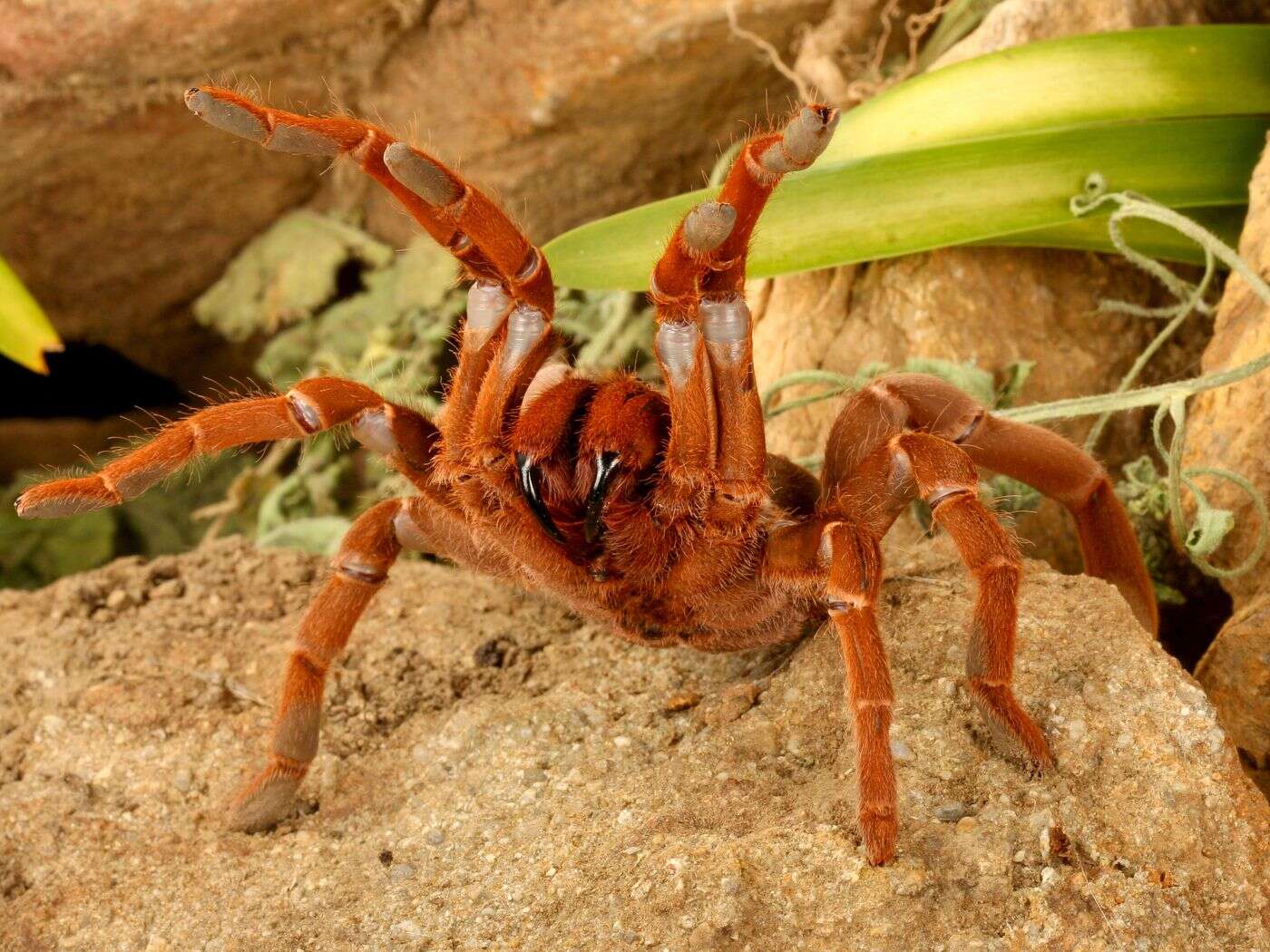 The biological design of a Tarantula fang is a strong structure that is hollow with an opening at the tip. The sharp and curved hollow is a natural injection needle that suitably pierces the skeleton of its prey when it delivers a kiss of venom. 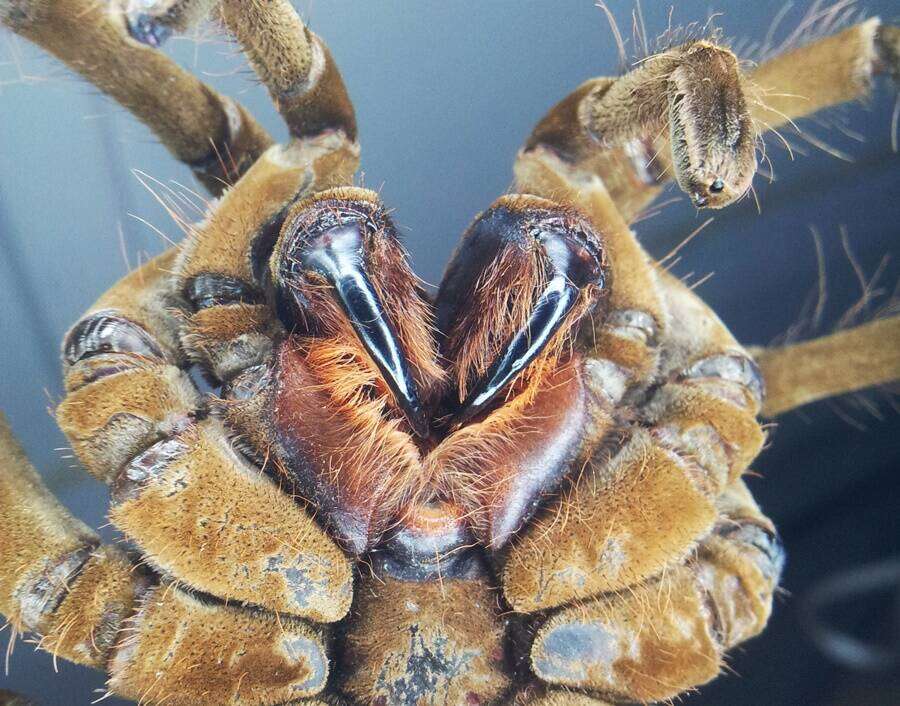 There are multiple Tarantulas species (Texas Brown Tarantula, Cobalt Blue Tarantula, and Red Rump Tarantula among many others) across the globe, all with unique characteristics. What is constant across all these species is the fangs they all possess. The average size of a tarantula fang is 1.5 inches.

Tarantulas are ambush predators that use their giant fangs to feed and defend themselves. When capturing prey, the fangs are plunged into the prey’s body. The hollow Tarantula fangs then deposit the venom, which weakens the prey.

The venom effortlessly takes down the prey and liquefies theirs inside, turning them into a soup-like liquid. The tarantulas then use their sucking stomach to suck up the meal.

The Tarantula’s fangs are curved perfectly, suiting them to hold their prey in place. The toothy barbs also have a conical shape that helps them resist deformation.

An in-depth comprehension of the design of a tarantula fang can inspire scientists to develop advanced medical information and devices, more so for biomedical applications. For instance, the tarantula fangs can inspire the designing of new infusion techniques, new blood-bypassing instruments, and multiple life–saving technologies.

Tarantula fangs can withstand significant forces without deforming or breaking. Their fangs are strong enough to pierce through the external skeleton of the arachnids they prey on. Their most targeted prey is insects.

The female tarantulas are normally larger than the male, contrary to many species. Consequently, they often have bigger fangs as well.

Their bigger size and giant fangs come in handy when the female tarantulas raise their fangs against their counterparts after mating. Some male species have adapted to this violence by growing a unique appendage that blocks the female attacks.

The spider’s fangs are curved and, in nature, unlike other biological injection needles of mosquitos and bee stingers. The curved shape allows arachnids to attack from different directions and hold on to their prey as they inject their venom.

The fangs are well adapted to resist deformation when piercing the prey. The fangs are also hollow and conical, giving them optimal stiffness per unit volume.

The tarantula fang is composed of protein and chitin. The carbohydrate molecule is found in the shells of many insects and crustaceans whose microscopic structure is well suited for its purpose.

The fangs are part of the exoskeleton of the Tarantula and are molted during the molting process. A newly molted tarantula takes time to harden. For this reason, tarantulas take a few days before they embark on feeding.

The molting process is risky, and things can easily go wrong. Tarantulas are prone to losing one or both fangs in the process of molting. In such cases, their fangs, fortunately, grow back if they manage to survive until the next molt.

Tarantula fangs are strong piercing needles that can resist deformation. Understanding the biomechanics of spider fangs is vital in revealing how other sharp structures of scorpion stringers and mammoth tusks evolve in nature. Furthermore, it can also inspire improving injection needles and other biomedical applications.